The risk of systems getting physically compromise, particularly for portable systems such as laptops, puts sensitive data at risk of compromise. Encrypting its data mitigates the risk of getting exposure if system is lost.
Most linux supports partition encryption through the Linux unified Key Setup on-disks-format (LUKS) technology. Encryption of partition is easiest at installation time, but LUKS can also be configured post installation.

We are using Red Hat 7.4 as our testing system.

When performing an interactive installation, select the Encrypt checkbox during partition creation to encrypt the partition. The system will prompt for a passphrase to use in decrypting a partition when this option is selected. The passphrase needs to be manually entered every time when the system boots.
When performing automated installations, kickstart can create encrypted partitions. Use the --encrypted and --passphrase option for each partition to be encrypted. For example, this command would encrypt /home partition:

As shown in figure1 partition has been encrypted and opened and finally file system is associated with the partition. We can verify the mounted partition using df -h command. As shown in figure2.

Directory should be unmounted before closing the LUKS partition. After the partition has been closed the partition will be locked. It can be verified using df -h command as shown In figure2. Figure2: Encrypted partition has been locked and verified.

Steps to configure a system to persistently mount an encrypted volume without human intervention:

Make sure it is owned by root and the mode is 600.

Add the key file for LUKS using the following command

Provide the passphrase used to unlock the encrypted volume when prompted. Figure3: A key file has been generated and added to the LUKS partition

/etc/crypttab lists one device per line with the following space separated fields: As shown the entry of fstab file the device to be mounted is supplied then the file system on which the encrypted partition should be permanently mounted is other entries. Also no passphrase has been asked separately now as we have supplied key file which has been added already to the partition. Now partition can be mounted using mount -a command after the mounted partition can be verified upon reboot by using df -h command. All the steps are clearly described in below figure.

The device listed in the first field of */etc/fstab* must match the name chosen for the local name to map in */etc/crypttab*. This is a common configuration error.

LUKS offers a total of eight key slots for encrypted devices (0-7). If other keys or passphrase exists they can be used to open the partition. We can check all the available slot by using luksDump command as shown below. As shown in figure it shows Slot0 and Slot1 enabled. So the key file we have supplied manually by default moves to slot 1 which we can use for decrypting the partition. Slot0 carries master key which is supplied during the creation of encrypted partition.
Now we will add key file to slot3 for this we have to generate a key file of random number from urandom command then we will add it to slot3 as shown below. The passphrase of the encrypted partition must be supplied for adding any secondary key to encrypted volume.

Figure6: Secondary key file key2.txt has been added at slot3. For some commonly encountered LUKS issues, LUKS header backups can mean the difference between a simple administrative fix and permanently unrecoverable data. Therefore, administrators of LUKS encrypted volumes should engage in the good practice of routinely backing up their headers. In addition, they should be familiar with the procedures for restoring the headers from backup should the need arise.

LUKS header backup are performed using cryptsetup tool in conjuction with the luksHeaderBackup subcommand. The location of header is specified with --header-backup-file option. So by the command shown below we can create the backup of any LUKS header.

As with all system administration tasks, LUKS header backup should be made before each and every administrative task performed on a LUKS-encrypted volume. Suppose LUKS header has been corrupted, LUKS stores a metadata header and key slots at the beginning of each encrypted device. Then a corruption of LUKS header can render the encrypted data inaccessible. If a backup of the corrupted LUKS header exists the issue can be resolved by restoring the header from backup.

Now suppose someone changed the password of our encrypted partition /dev/vdb1 using luksChangeKey but we don’t know the password so we have the only option to restore the partition from the backup which we have created above so that we can decrypt the partition from the previous passphrase. The backup also helps when admin forgets the passphrase.
Backup of /dev/vdb1 has been taken initially then the passphrase of /dev/vdb1 has been changed as shown below by someone without our presence. Figure8: Passphrase has been changed.

Before closing partition we have to unmount the locked partition. After closing the partition when we tried to open the partition by using passphrase which was set by us earlier we get error “no key available with this passphrase” because passphrase has been changed by someone as shown in figure below. But as the backup was already taken by us so we just have restored the LUKS header from the backup file which was create earlier. As shown the header was restored. Figure10: Header was restored from the backup file.

Now we can open the header with the earlier set passphrase. So It is always beneficial for administrators to always create a backup of their header. So that they can restore if somehow existing header corrupts or some password change has been made. 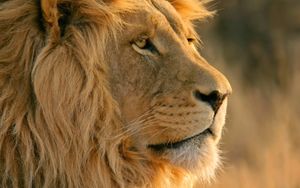 The author is RHCSA and RHCE certified and loves to write about new technologies. He can be reached at upadhyayk04@gmail.com.